Pragmatic Literary Stylistics, which I have co-edited with Billy Clark, has just been published in the series Palgrave Studies in Pragmatics, Language and Cognition. 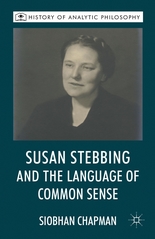 My study of the life and work of the philosopher L. Susan Stebbing has now been published by Palgrave Macmillan.

Herbert Paul Grice was born on 15th March 1913 in Harborne, Birmingham. During his lifetime and in the years since his death in 1988 he has had a profound effect on how we understand the nature of meaning and the relationships between language and context. In 2001 Peter Strawson and David Wiggins offered the following assessment of Grice’s philosophical legacy:

“Other anglophone philosophers born, like him, in the twentieth century may well have had greater influence and done a larger quantity of work of enduring significance. Few have had the same gift for hitting on ideas that have in their intended uses the appearance of inevitability. None have been cleverer, or shown more ingenuity and persistence in the further developments of such ideas.” 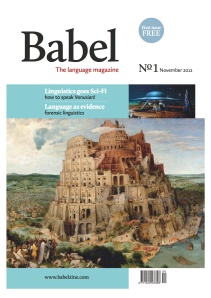 Babel, a new quarterly magazine about all issues concerned with language, has just been launched. The first issue is available free via the magazine’s website here. It includes an article about the life and work of H. Paul Grice in the first of what is to be my regular series of articles on ‘Lives in Language’.

On Thursday 25th October I will be traveling down to London to give a talk at the Irish Literary Society at 7.30p.m. at the Double Tree hotel, 2 Bridge Place, just behind Victoria mainline station.
The title of my talk is ‘”Oh, do let’s talk about something else”: Changing the subject and avoiding the issue in Elizabeth Bowen’s The Last September‘. I will be discussing how recent developments in pragmatic theory can contribute to an analysis of the novel. The Last September is set in an Irish country ‘Big House’ during the time of tension and violence that led up to the formation of the Irish Free State in 1922. The house, Danielstown, is fictional, but the novelist made no secret of the fact that it was closely based on her own family home, Bowen’s Court in County Cork. This picture of Elizabeth Bowen shows Bowen’s Court in the background.

Thank you to Richard Symonds and Paul Raymont who have both drawn my attention to a discussion of Stebbing’s work which has been taking place on the ‘New APPS: Art, Politics, Philosophy, Science’ blog. Paul has also recently posted on Stebbing and Joad on his own blog.

The ‘New APPS’ discussion is a very interesting, and at times rather heated, series of exchanges that focus on Stebbing’s philosophical importance and the extent of her continuing philosophical relevance. It is really good to see Stebbing’s work at the centre of serious philosophical debate and evaluation.

My own book on Stebbing, Susan Stebbing and the Language of Common Sense, will be published next year in the Palgrave History of Analytic Philosophy series.

Independent film makers Simply Charly have produced ‘Russell: Analyzing Language‘, which is well worth watching. The two-part film features Stephen Neale talking about Russell’s 1905 paper ‘On Denoting’ and its philosophical implications. The discussion is wide-ranging, and has much to say about developments in analytic philosophy over the last century. I particularly enjoyed the anecdote about Grice, who apparently commented that Strawson’s 1950 response to Russell, ‘On Referring’, was ‘a wonderful paper marred only by a completely unnecessary discussion of Russell’s theory of descriptions’. Neale even includes some tips on how to teach Russell’s theory humanely.

It’s always nice when philosophical issues get a public airing. I enjoyed Melvyn Bragg’s ‘In Our Time’ discussion programme on BBC Radio 4 yesterday, which was concerned with the nature of the distinction between Continental and Analytic philosophy. Poor Melvyn sounded increasingly despairing as the programme went on of pinning his guests down on the questions of the intellectual, chronological or geographical circumstances of the divide between the two fields, but managed nevertheless to chair a very interesting discussion. The programme is available here.

Rereading Susan Stebbing’s Thinking to Some Purpose I have come across these comments on the control of the media. Stebbing was writing in 1938 and her book was published in 1939, yet this passage has a depressingly up-to-date feel to it. In what precedes it she has commented on how the owners of newspapers have an almost unlimited power over the opinions of their readers:

That the Press should be thus controlled constitutes a serious obstacle to our obtaining the information we require in order that we should think to some purpose about public transactions. I have used the word “controlled” because, in the ordinary sense of the word “free,” our Press is remarkably free, notwithstanding the laws of sedition, blasphemy and libel. These laws affect the Press neither nor more less than they affect the private citizen. Books, pamphlets, journals, supplements to newspapers, can be and are in fact published which criticize and condemn the Government of the day in a manner that would not be tolerated in many countries. This we all know, and are apt to congratulate ourselves thereon. But here lies a peculiar danger for the majority of readers. We tend to believe that we have a ‘free’ Press because we know it to be legally free. But the Press is in fact controlled by a comparatively small number of persons. The danger lies in the fact that the majority of people are not aware of the ownership. Consequently, when they see different newspapers providing the same news and expressing very similar opinions they are not aware that the news, and the evaluation of the news, are alike determined by a single group of persons, perhaps mainly by one man – a Press Lord. Accordingly, the readers mistakenly believe that they have been provided with independent testimony whereas they have been provided only with repetitions.

My book on Pragmatics is now available, published by Palgrave Macmillan in their Modern Linguistics series in May 2011.